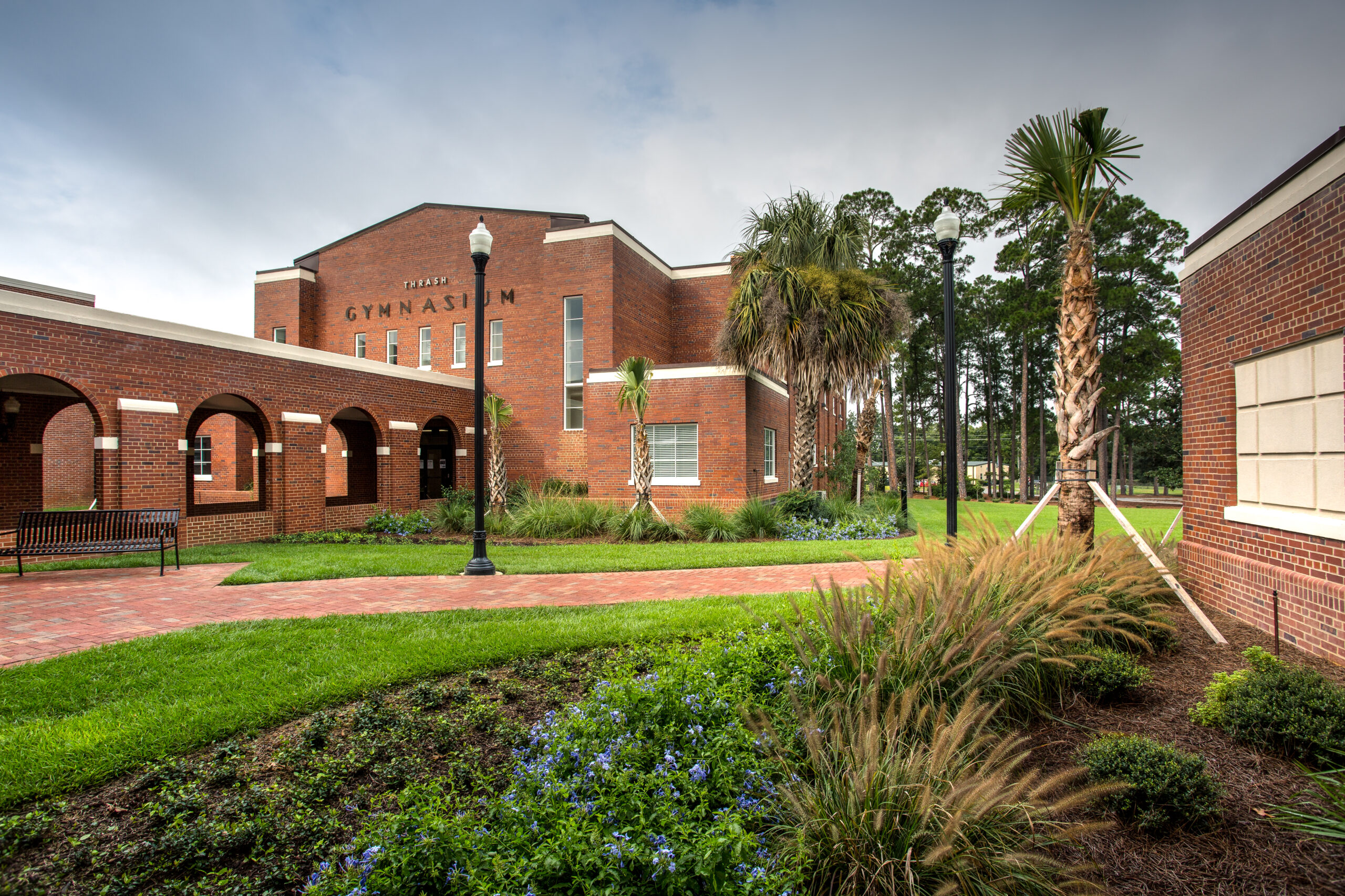 Abraham Baldwin Agricultural College was founded in 1933 on the campus of the former Second District Agricultural & Mechanical School.  Shortly thereafter, the mid-1930s ushered in a substantial increase in the construction on that campus.  Up until that time, campus appearance had changed very little since the original construction of the Second District School in 1908.  Facilities on ABAC’s campus at its founding in 1933 included two dorms, an admin building, a dining hall, a gymnasium, an athletic field, and various barns.  The original gymnasium on the ABAC campus was destroyed by fire in 1936, and in 1939, construction began on a project funded by the Public Works Administration for a new gymnasium and auditorium on the campus. This two-building complex was to be located at the southern edge of the campus, adjacent to the athletic fields.

These two buildings, and the newer Gressette Gym, are all connected to an octagonal central brick gazebo through open and covered brick walkways.

Although Howard Auditorium and Thrash Gym were designed with matching facades and window details, they differ in their length, width and interior layout.

In 1988, the original pool constructed on the north side of Thrash Gym was filled in and covered by dirt and sod, and a new Olympic-size pool was built on the south side of the Gym.

McCall Architecture worked closely with Garbutt Construction and ABAC on this most recent renovation to bring this building up to current accessibility and life safety standards, and current building codes.  In addition, leaking roofs and resulting water-damaged flooring, building systems, and other interior finishes were repaired or replaced, exterior brick veneer and stone sills were cleaned and re-sealed, and all exterior windows were replaced.  All mechanical and electrical systems were replaced as well, and the Olympic-size swimming pool, originally built in 1988, was also replaced as a part of this project.  The revitalization of the pool area includes new pool deck and new awnings.

Earlier this year, this newly renovated state-of-the-art Thrash Wellness Center opened its doors on ABAC’s growing campus, to students, faculty, and staff.  The facility is equipped with all new nautilus, aerobic and free weight machines, as well as new media and sound system.

We are proud to have been a part of a project that we believe will serve the ABAC community well for many years to come.