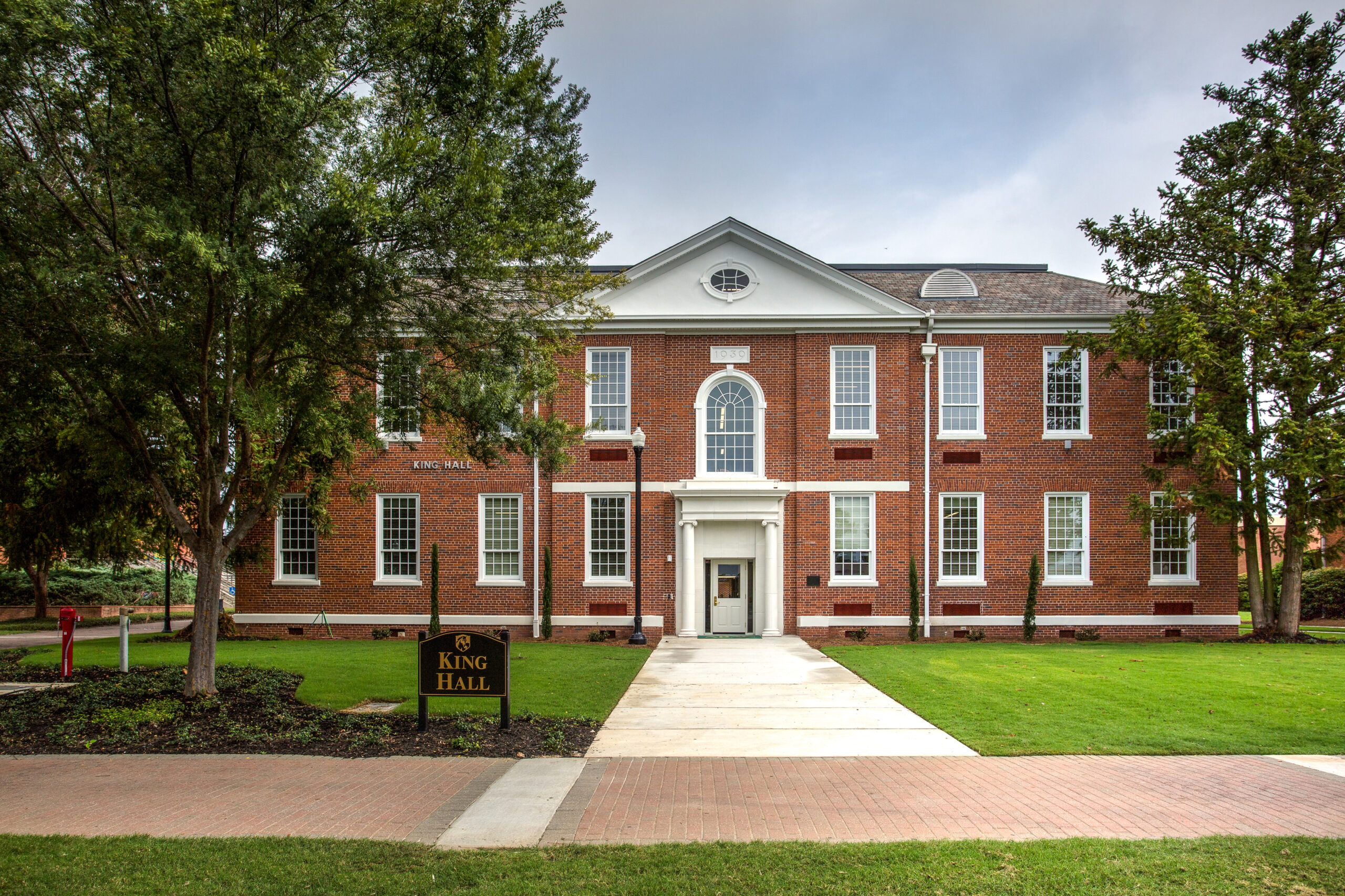 King Hall, originally known as the “Library Building”, was designed by W. Elliott Dunwoody, Jr., an Architect from Macon, Georgia, and was constructed on the Abraham Baldwin Agricultural College Campus in 1938 and 1939.  Although this building originally served as a Library, it has been adapted and re-purposed on several occasions through the years such that it has served to house the Agricultural Division, Humanities Division, and other programs.  It wasn’t until the late 1960s that the building was named “King Hall” in honor of George H. King, ABAC’s President from 1934-1947.

This facility is an historic Pre-WWII-designed building of an industrial character and nature, consistent with similar buildings of that time, and includes Colonial Revival details such as decorative brickwork and classical pediments.  The goal of this project was to maintain the historic character and nature of the building, to uncover historical elements and character that have been concealed by various renovations over the years, and to replace elements that do not conform to the historic nature of this building, all while creating an ADA compliant, state-of-the-art facility.

With this most recent adaptive re-use renovation, this 78-year-old building now serves as the new home to the Dean of the School of Arts and Sciences, and has taken on new life as faculty, staff, and students utilize the 6 classrooms, 12 offices, and various support spaces.

In compliance with ADA requirements, our design included renovation of restrooms and the installation of a 3-stop elevator which provides accessibility from the lower north lobby to the first and second floors.  This was a particular challenge due to space and structural limitations.

In accordance with NFPA requirements, a sprinkler system has also been added.

In addition, all major systems were replaced including HVAC, Plumbing, Electrical, etc.

This renovation brings the existing facility up to today’s standards, codes, and requirements and meets critical academic needs. Improvements to the building systems have improved the functionality of the facility, while reducing operating costs and improving energy efficiency.