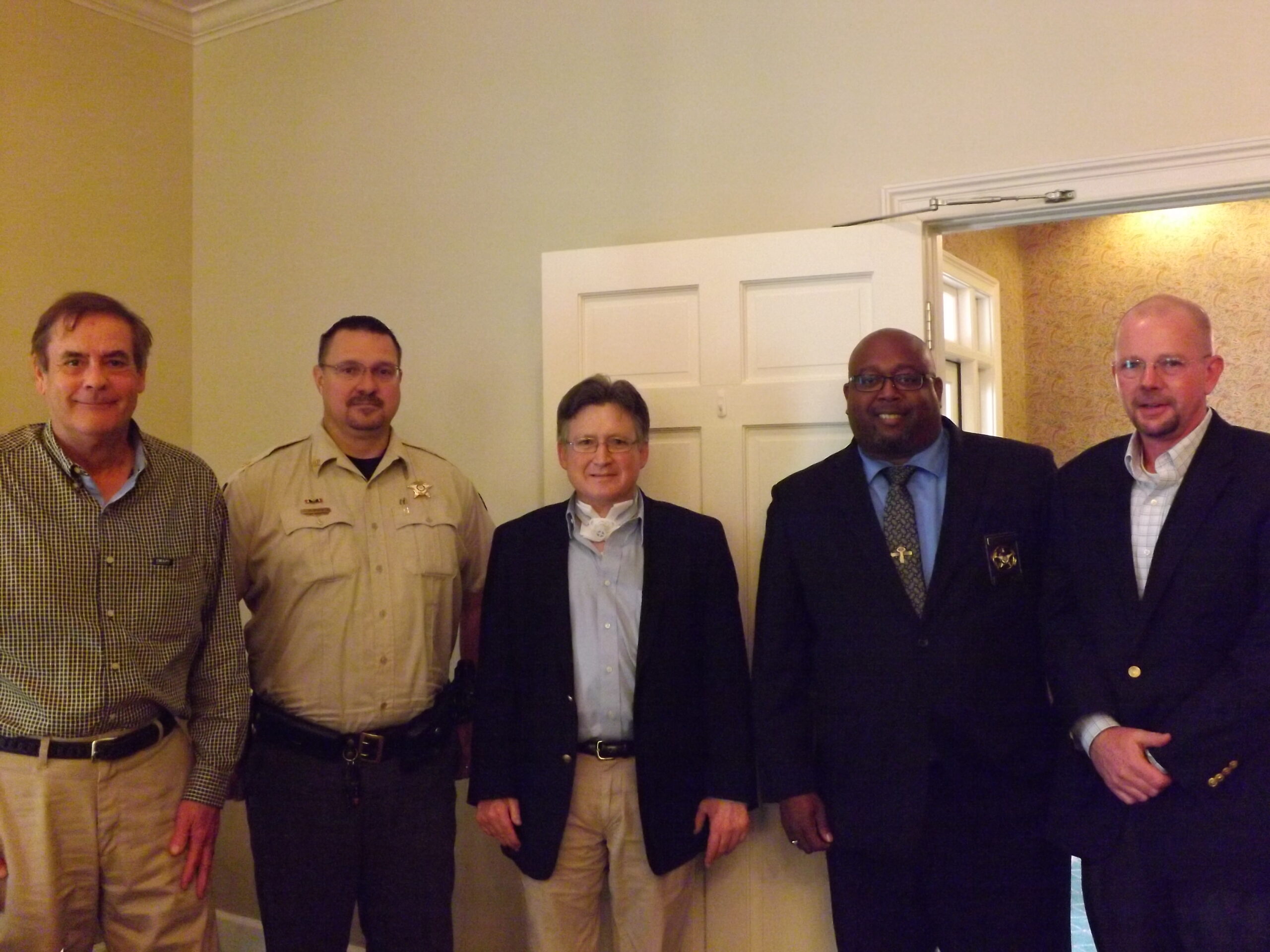 Construction on the new county jail is continuing on Kaolin Road in Sandersville.

Rusty McCall, architect for McCall & Associates, recently discussed the construction of the new jail with members of the Sandersville Rotary Club.

McCall began by explaining that when McCall & Associates were first hired by the Washington County Public Facilities Authority, several sites in Washington County were considered and evaluated for the new jail. Ultimately the site on Kaolin Rd. beside Zorlu was selected.

As reported by the Sandersville Progress, discussions began in 2012 about the issue of overcrowding at the Washington County Law Enforcement Center’s jail. It was in 2013 that voters approved the continuation of the one percent Special Purpose Local Option Sales Tax (SPLOST) with the new jail as the level one project to receive approximately $7.8 million of the collections.

McCall discussed the issue of overcrowding at the Rotary meeting, saying that the Jail Assistance Division from the Georgia Sheriff’s Association provided the Washington County Sheriff’s Office with a needs assessment.

“They studied population figures, trends, outstanding warrants and things like that to determine what would be a suitable bed count for the county for the next 20-some-odd years,” said McCall.

The new jail will have 236 beds, which is about four times more than the current 52 bed facility.

When discussing features of the new site, McCall explained that the new jail will have a perimeter road that goes all the way around the outside of the security fence for surveillance. Also, a firing range is incorporated in the project; the local firing range will ensure that the officers remain P.O.S.T. certified without having to travel to other counties for training.

An enclosed “sally port” is located near the administration building where deputies can bring arrestees into the intake and booking area of the jail.

In an octagon shaped area on the second floor at the center of the facility is the central control for the entire area. The control center has full visibility of the area with windows all around it and cameras that focus on all day rooms in the facility.

“Inside this control room, all doors in the facility are electronically controlled, all cameras can be viewed, all intercoms can be accessed, gates can be opened,” said McCall. “The entire facility can be run from here.”

Another similar control room is located in the housing pod.

Located off the central control room is a full kitchen. McCall noted that meals are currently catered to the jail and the intention is to continue with that arrangement.

“As part of being prepared, we went ahead and built it out while we could,” said McCall.

A medical suite is located near the kitchen along with a laundry room to service the entire facility, and a first-appearance court room.

The new facility will also bring all departments together under one roof, whereas investigators are currently working out of the Washington County Courthouse.

The housing pods are divided into different classifications to separate maximum security from minimum and medium security inmates. The number of pods designated for each security level was determined in the Georgia Sheriff’s Association’s needs assessment.

“You don’t want to put a maximum security inmate in with somebody who may be there for DUI,” said McCall. “When you keep everybody separate it helps the jail administration manage the jail better.”

When discussing the facility, McCall explained that the building is approximately 70,000 square feet. Construction cost is $13.6 million. The total project cost is $16 million which includes testing of concrete, steel, and earth compaction, as well as fixtures, furnishings and equipment.

Dublin Construction Company was awarded the contract for construction of the new facility. McCall explained that when selecting a contractor, a process authorized by the State of Georgia called “Best Value” was used. McCall noted that Best Value is different from low bid.

McCall noted the difference between the two, saying that taking the lowest price isn’t always the best deal.

“Sometimes you get what you pay for,” said McCall, explaining that with “Best Value,” general contractors turn in proposals with 12 different criteria.

Some of the criteria include: a history of the firm, financial stability, how many projects of similar size and scope they’ve completed, how fast the project can be completed, etc.

McCall stated that McCall & Associates have been involved with this particular project since May of 2013. The General Contractor has been involved since Aug. of 2014.

With the ongoing rain that Washington County has experienced lately, McCall stated that construction is behind, but he’s been assured that the work will be made up soon.

The new jail site is scheduled for completion in April of 2016.