The objective of our design work was to upgrade the existing facilities with modern fixtures, finishes and systems along with solving many of the problems with the operation and flow of the kitchen and users of the facility while reusing as much of the existing structure as possible, and expanding the facility where necessary.

The design also included an addition with new offices, training rooms, and additional storage space, as well as the expansion of the dining hall’s kitchen/work area. By adding a little more square footage to the overall building for kitchen storage and redesigning the flow and operation of the kitchen, all the way from food delivery to waste disposal, the kitchen operation was made much more efficient for staff.  Additionally, the food service, dining flow and operations were reorganized as well to make the facility more efficient for the diners. The dining areas were separated into the public open dining on one side of the building and the enclosed dining/meeting rooms on the other. An outdoor dining patio was added to offer the opportunity for flexible dining experiences.

Existing ceilings hung very low over the kitchen and dining areas, allowing no space for new ductwork associated with a new HVAC system.  The facility required a new roof.  A pitched retrofit roof over the existing flat roof created space above the original roof for much of the new ductwork.  By leaving the ceiling out and exposing and painting the underside of the original roof structure we were able to open the rooms up and create much higher ceilings.  Finally, more windows were added to the exterior walls and existing previously covered windows were uncovered, all of which allowed much more natural light into the dining areas.  The higher ceilings and additional natural light created a much more open atmosphere within these existing spaces. 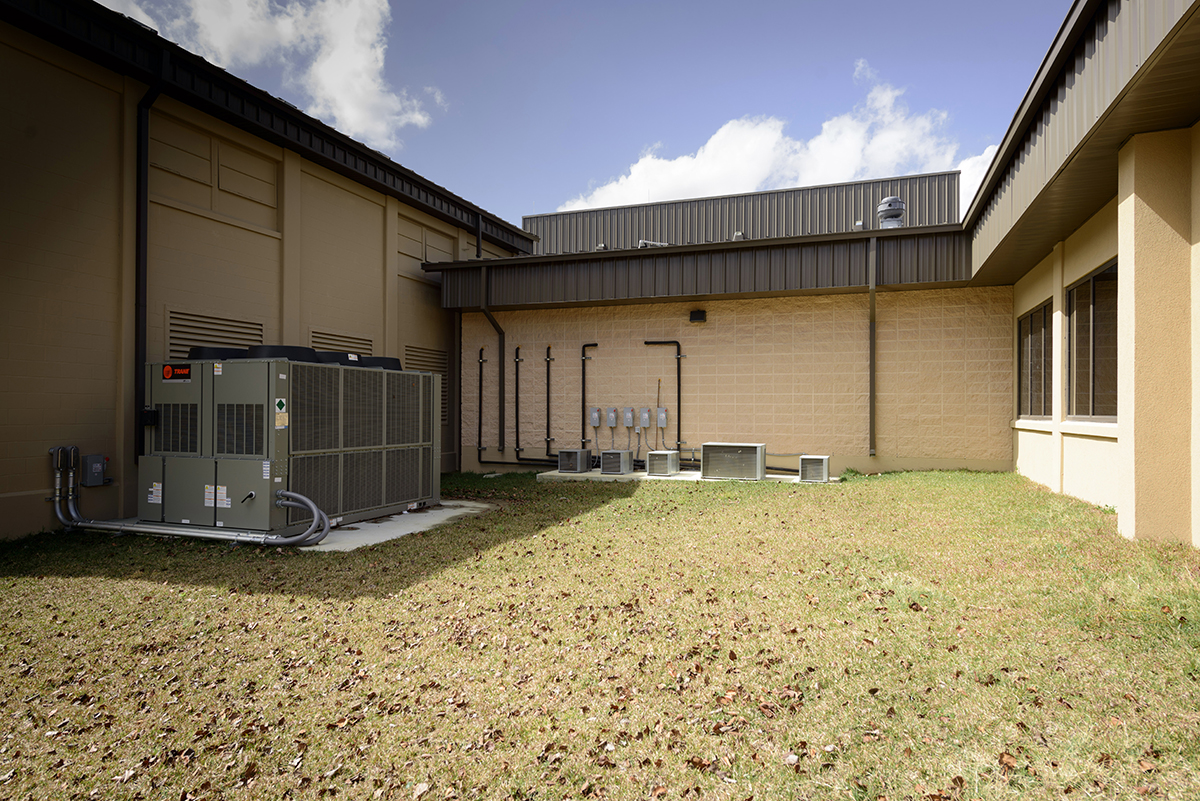 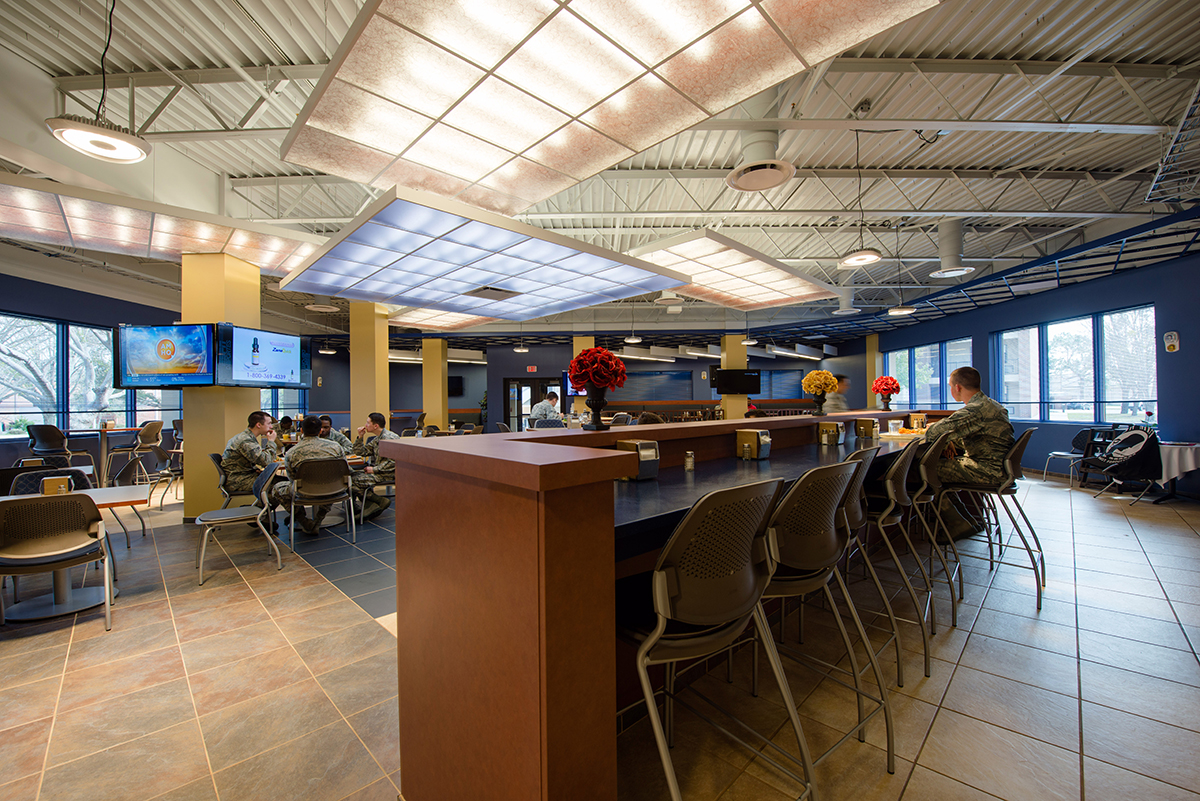 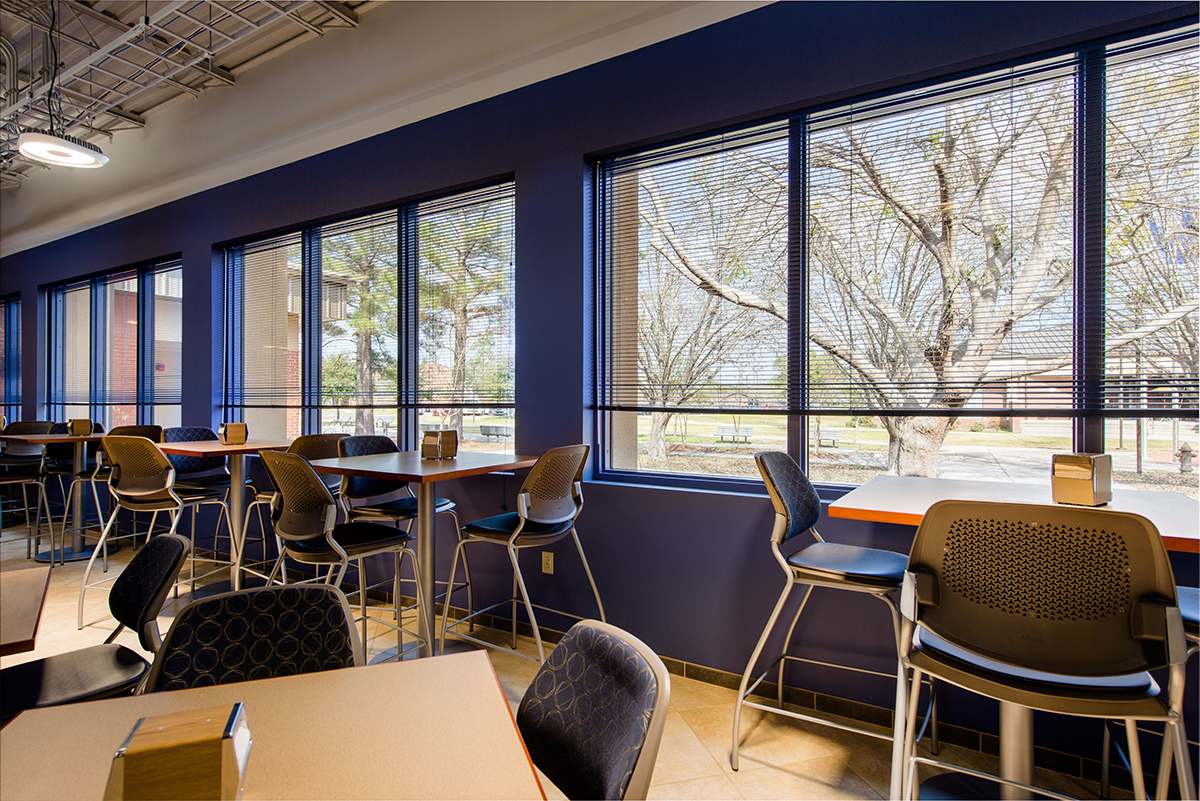 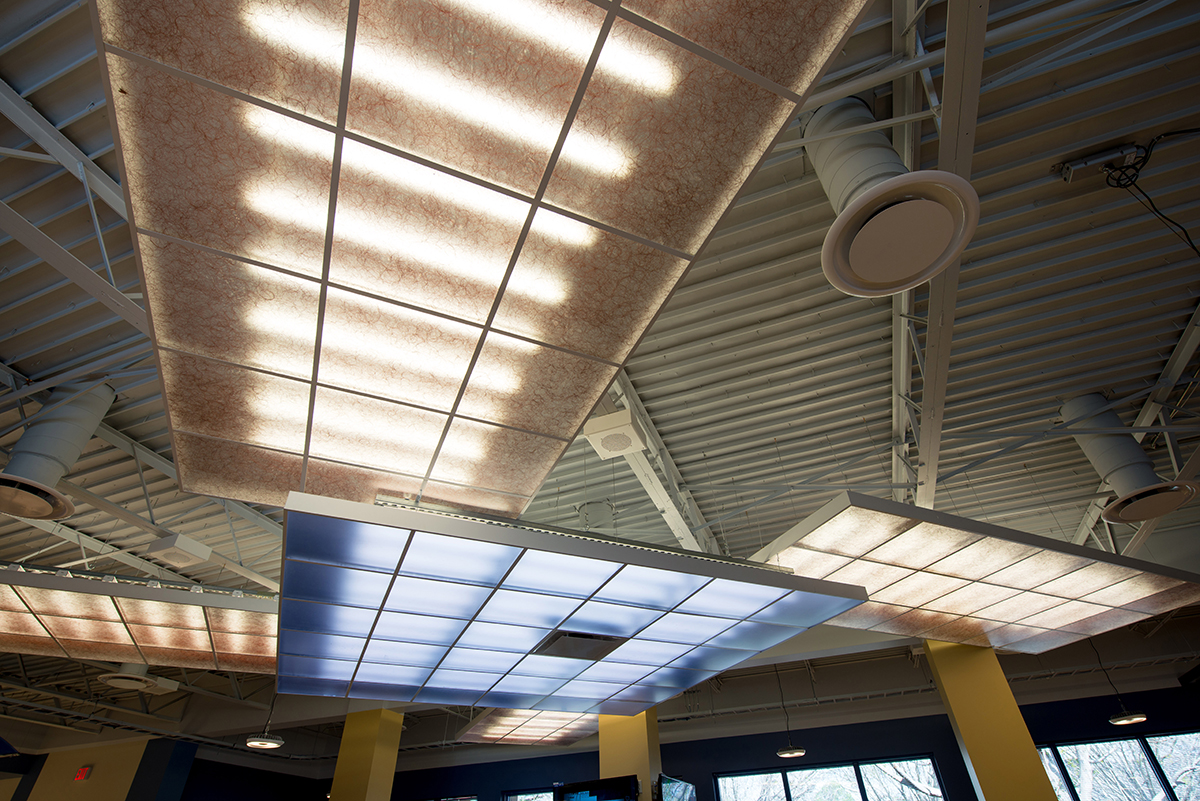 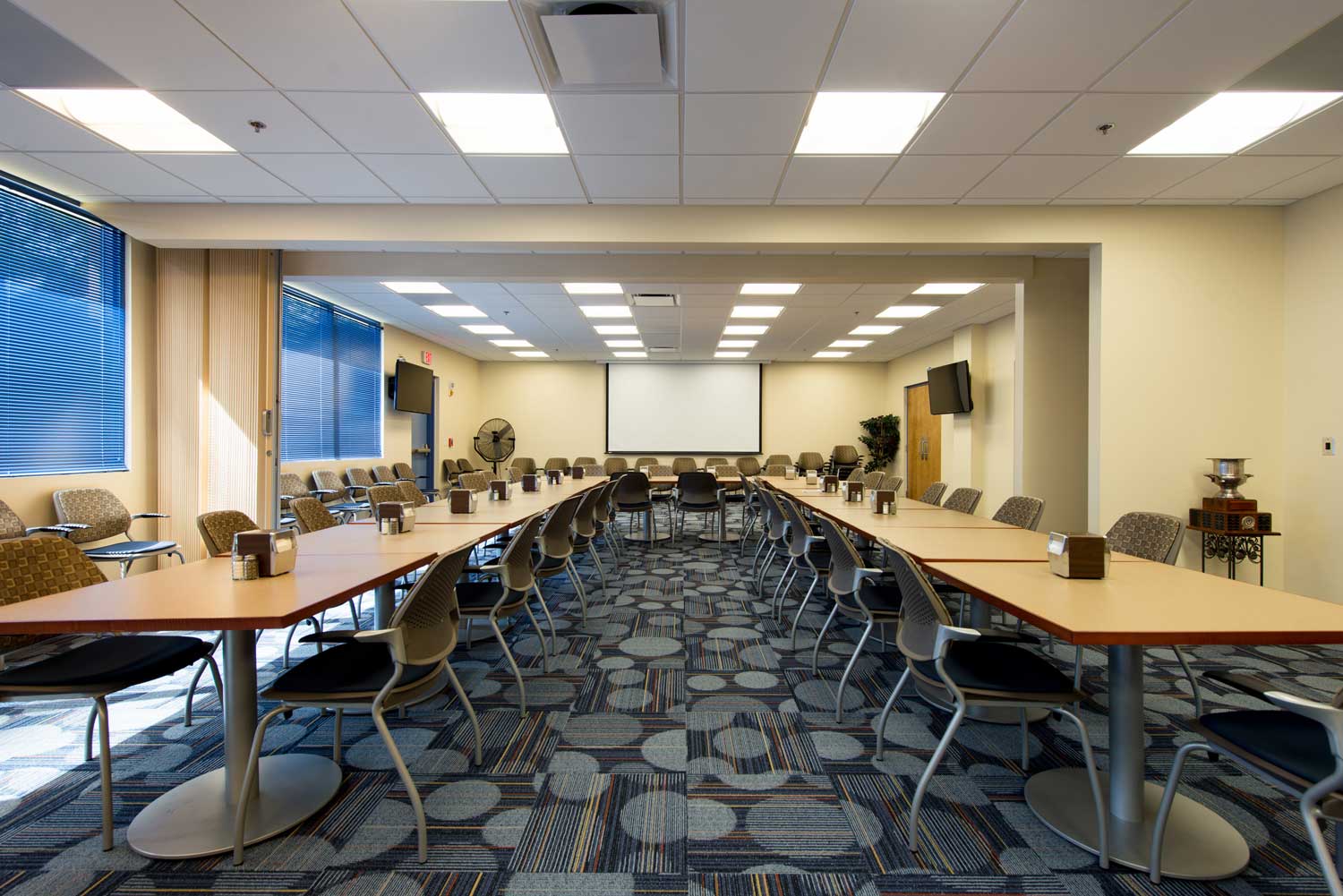 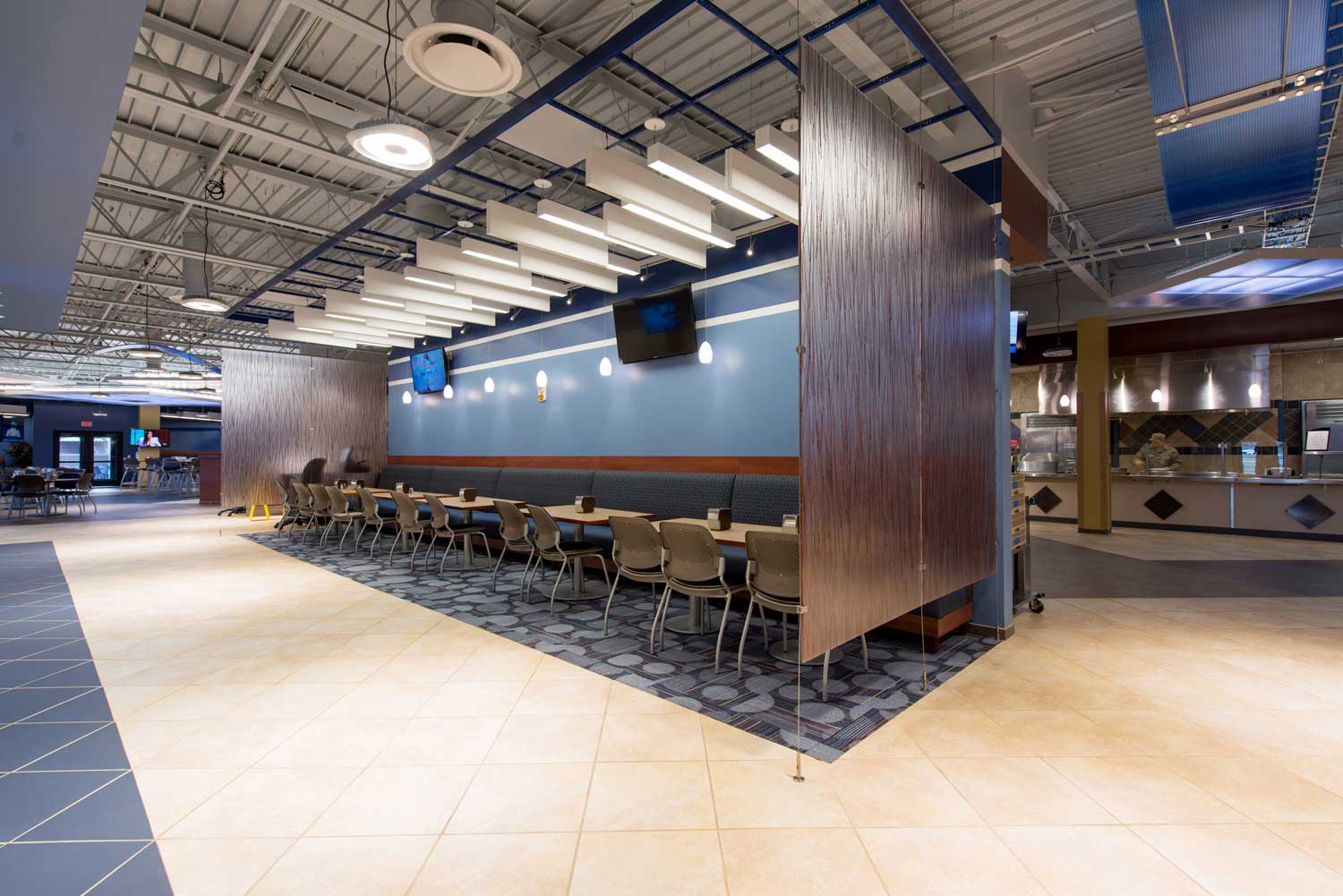